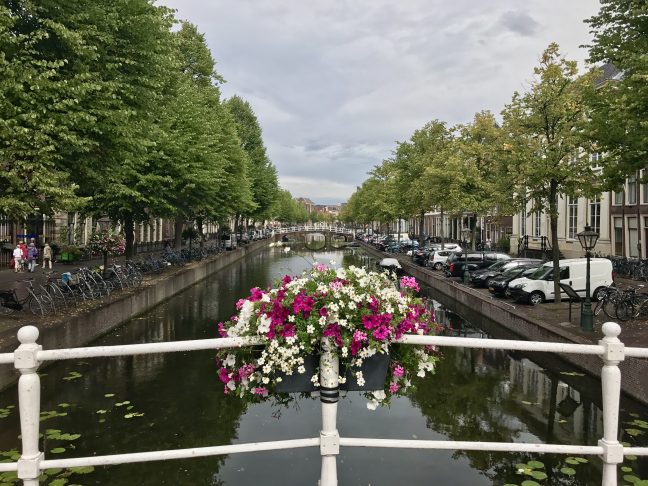 Today, we day tripped to Leiden. It's not that far away, but because the Delft train station is undergoing works right now, we had to first bus to The Hague. Then we hopped on a train for the one stop north to Leiden. 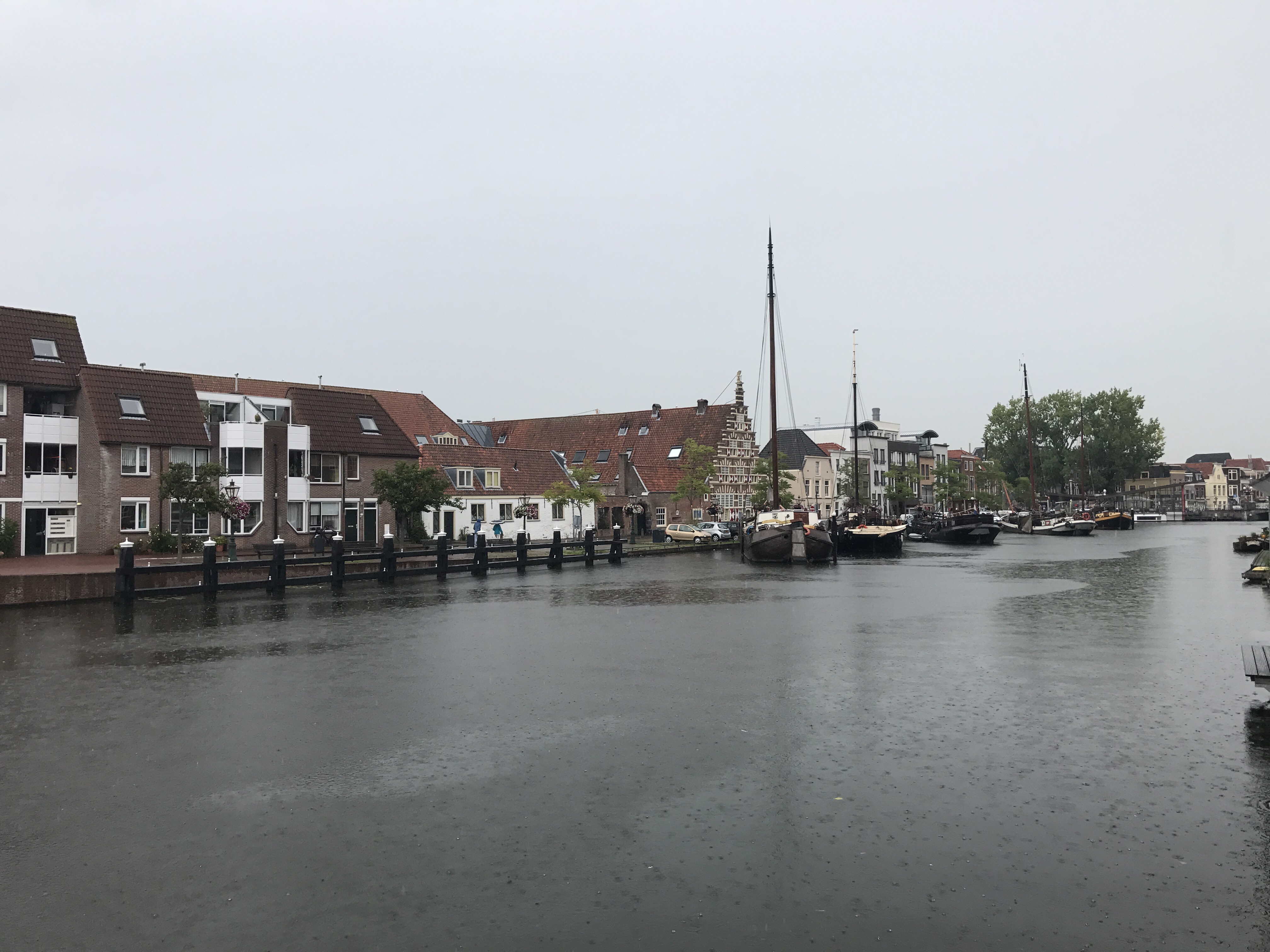 The rain was a bit brutal at times today. While it was on-again, off-again, it's hard to read a guidebook while walking about a town and also holding an umbrella. But this didn't stop us. We followed Rick Steves' Leiden walk, which took us to windmills, churches, fortified hills and a university. 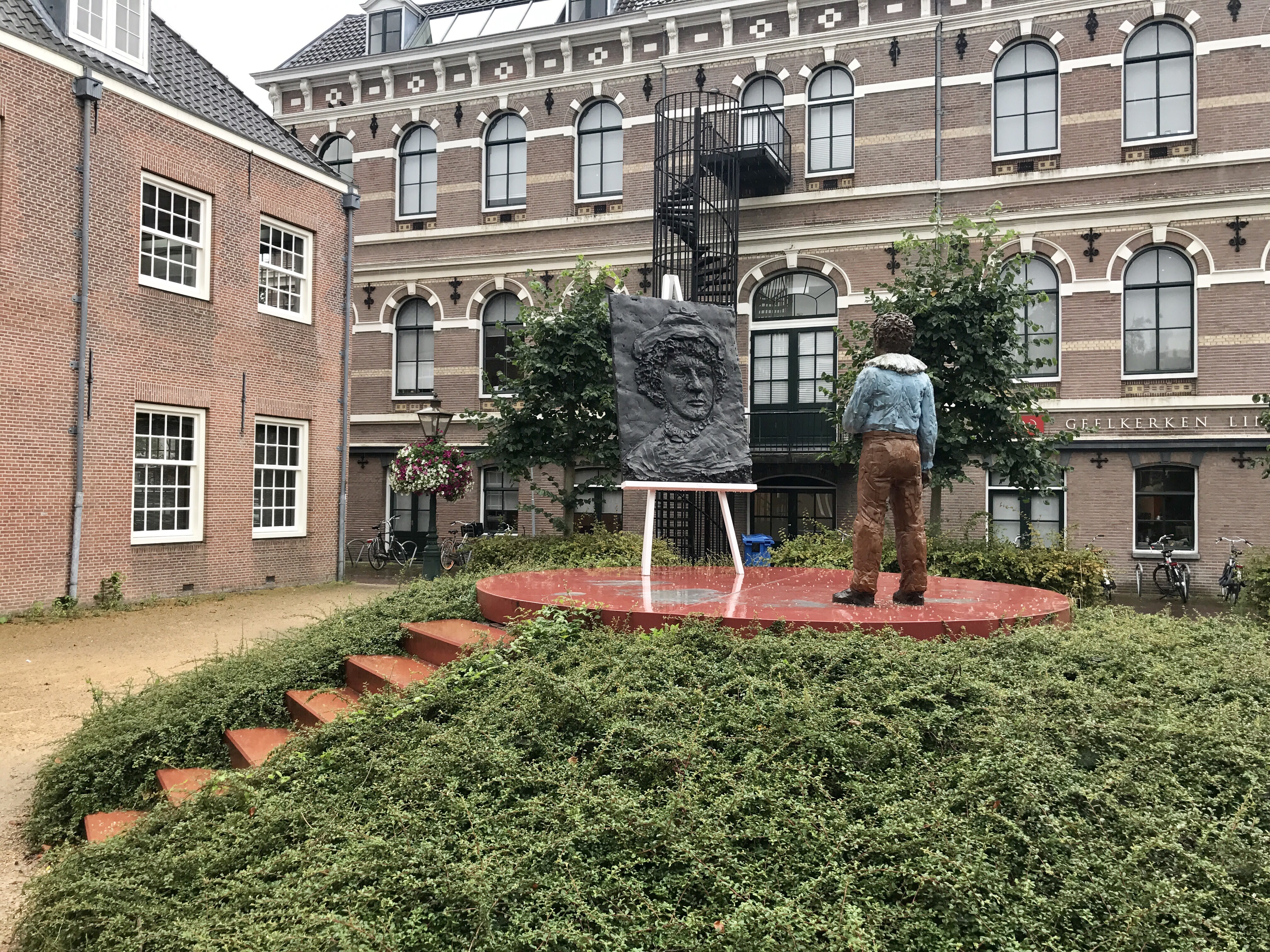 Perhaps the town's most famous son is Rembrandt. The little square above is where he grew up. Now stands a full size replica of him as a young boy, looking at one of his many self portraits. 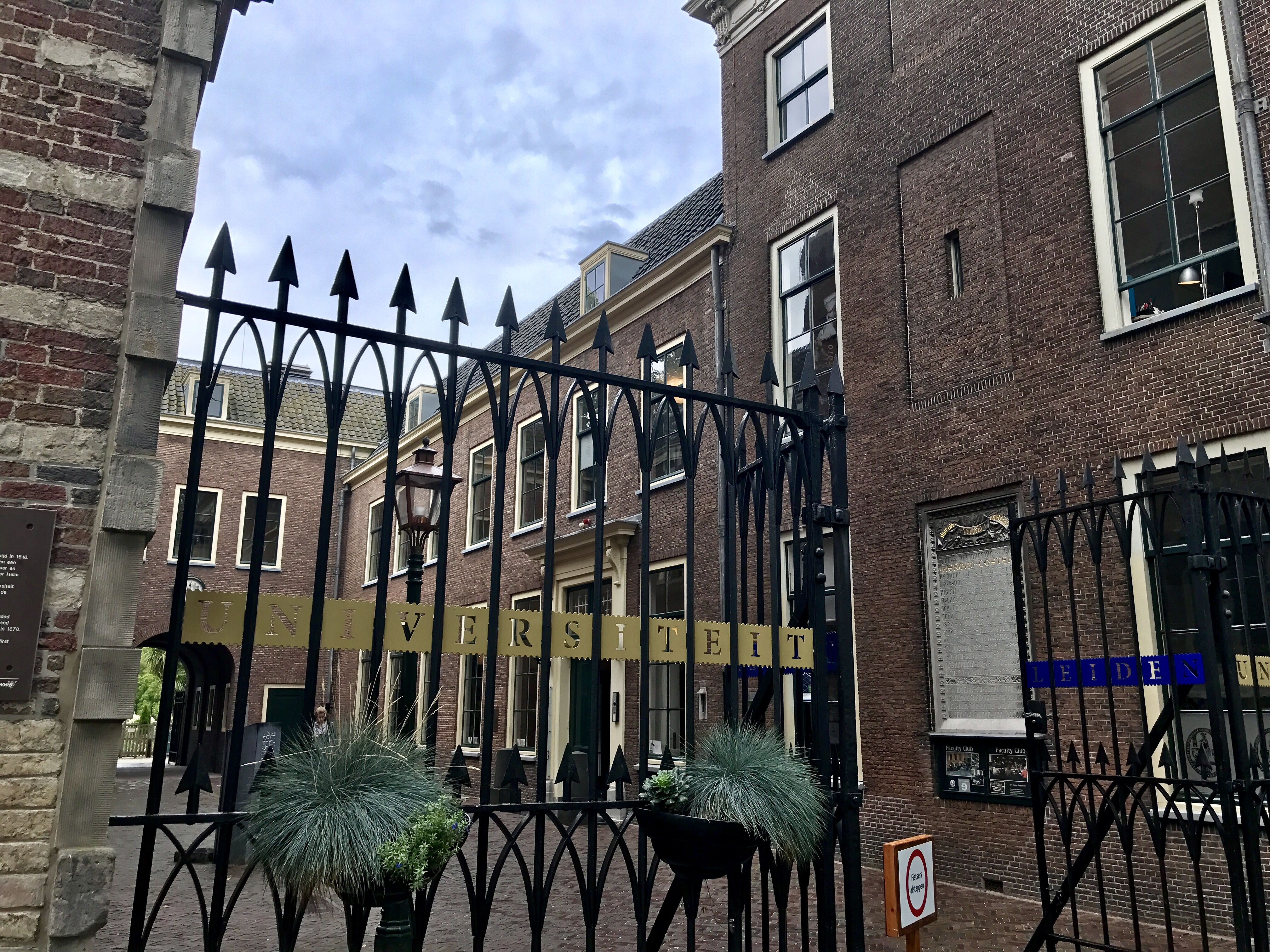 We were able to poke into the campus of Leiden University, where many well known historical figures either learned or taught at. Albert Einstein was a professor for a period here, while US President John Quincy Adams was a student. 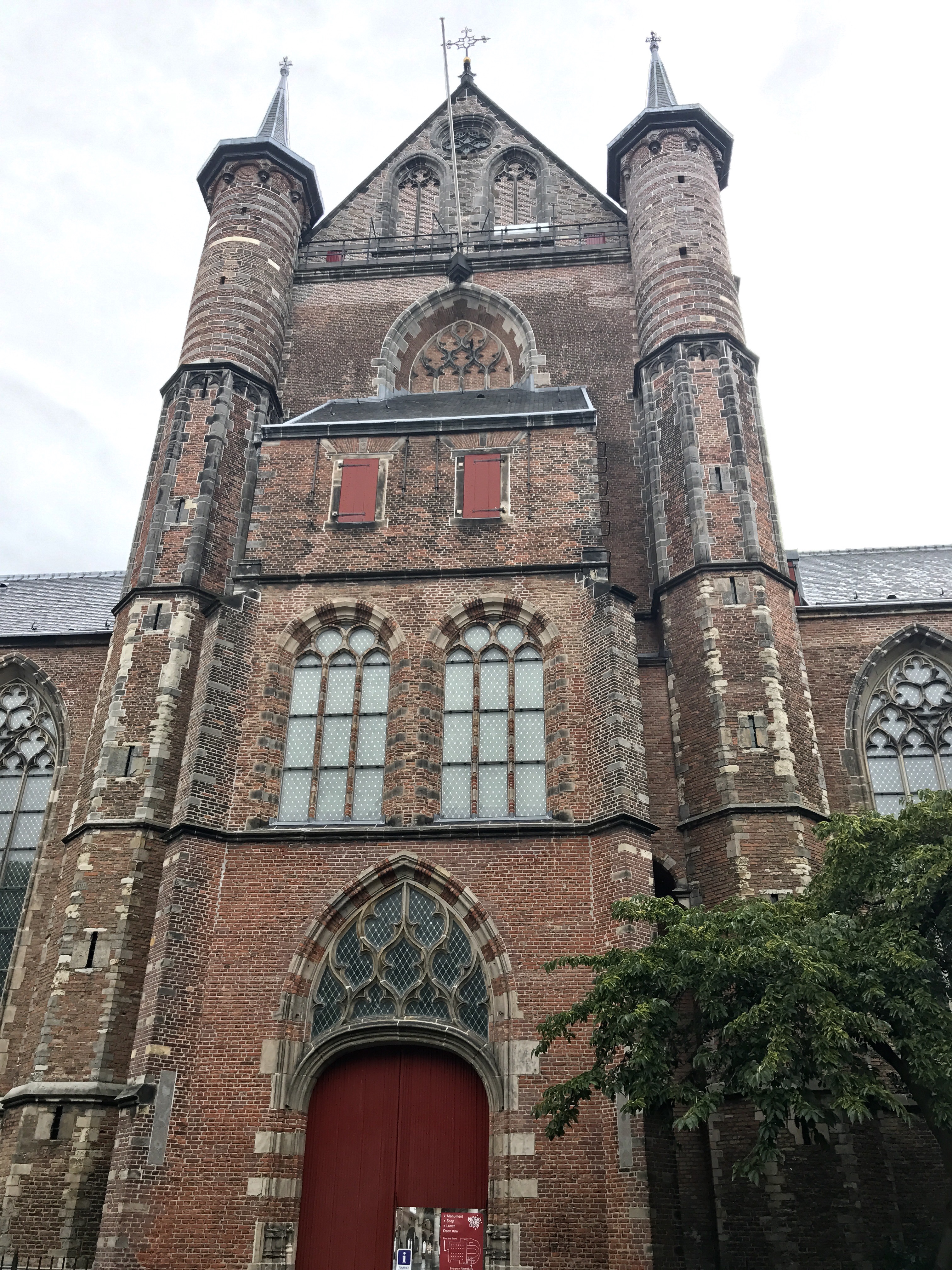 This church holds some US historical significance, as pilgrims fleeing England for America stopped here in Holland before being able to make the journey across the Atlantic. They would attend their church service here and lived in the square around it. 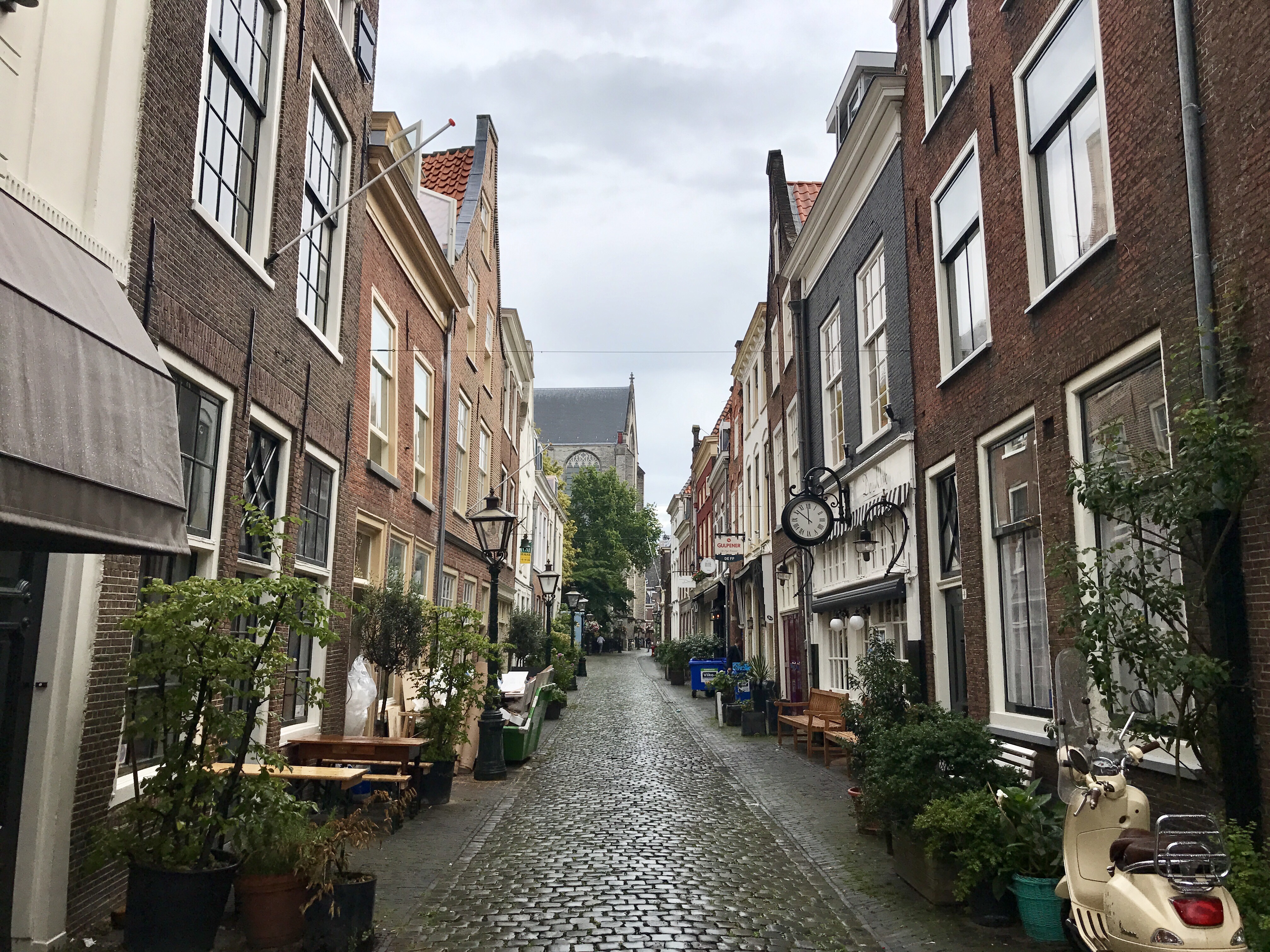 Like other towns we've seen along our journey, there were many small alleyways stocked with charm. It's almost like heading back through a time warp. Especially due to the weather, the tourists and locals alike weren't out in abundance. 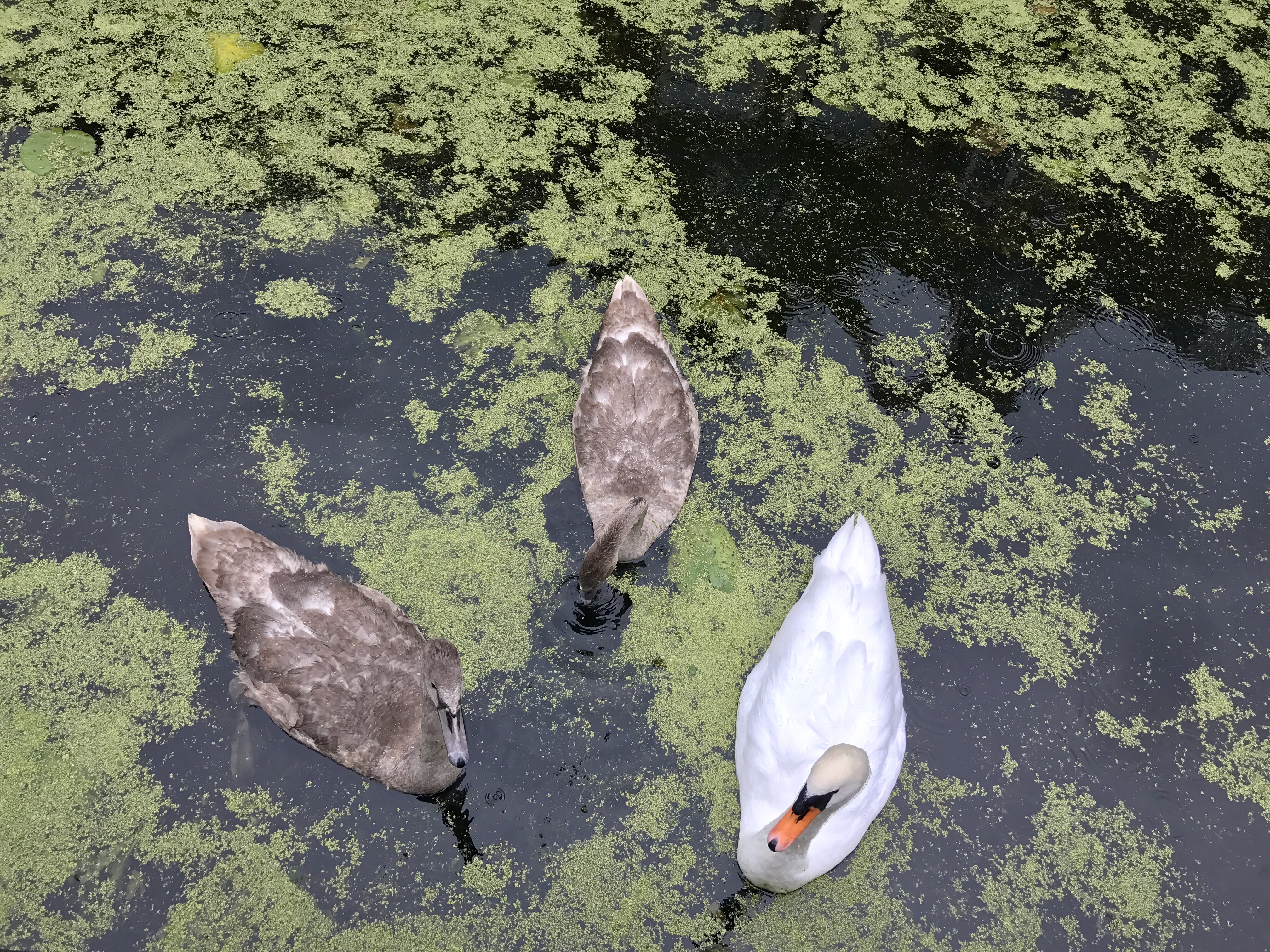 I love the canals in these Dutch cities, full of geese, ducks and other birds I don't even know the names of! Watching them plunge their long necks into the algae carpeted water, popping out with a little fish to gobble down is quite enjoyable.

Our last stop before headed back to the train station was to climb up through an old windmill. We went up six flights of narrow, creeky stairs. At each level you could admire the tools that made these things work.

Along the way, there were information boards and even a video on one level to help give an understanding of how the various mills were used to make bread, saw wood or reclaim land from the sea. 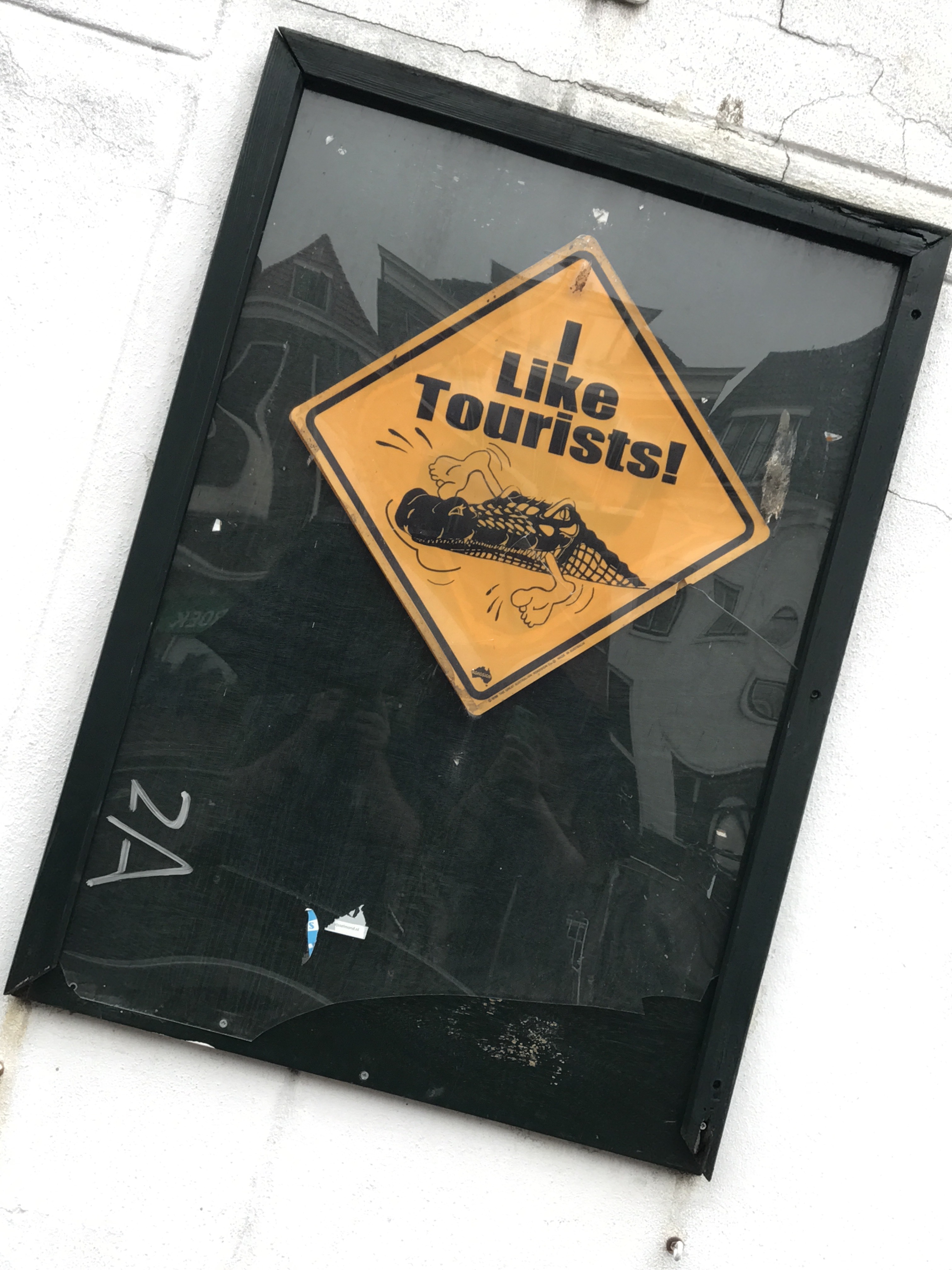 Wow, okay then, Leiden! We're out!

Bonus: We went out for some night photography this evening. Here are a few snaps! 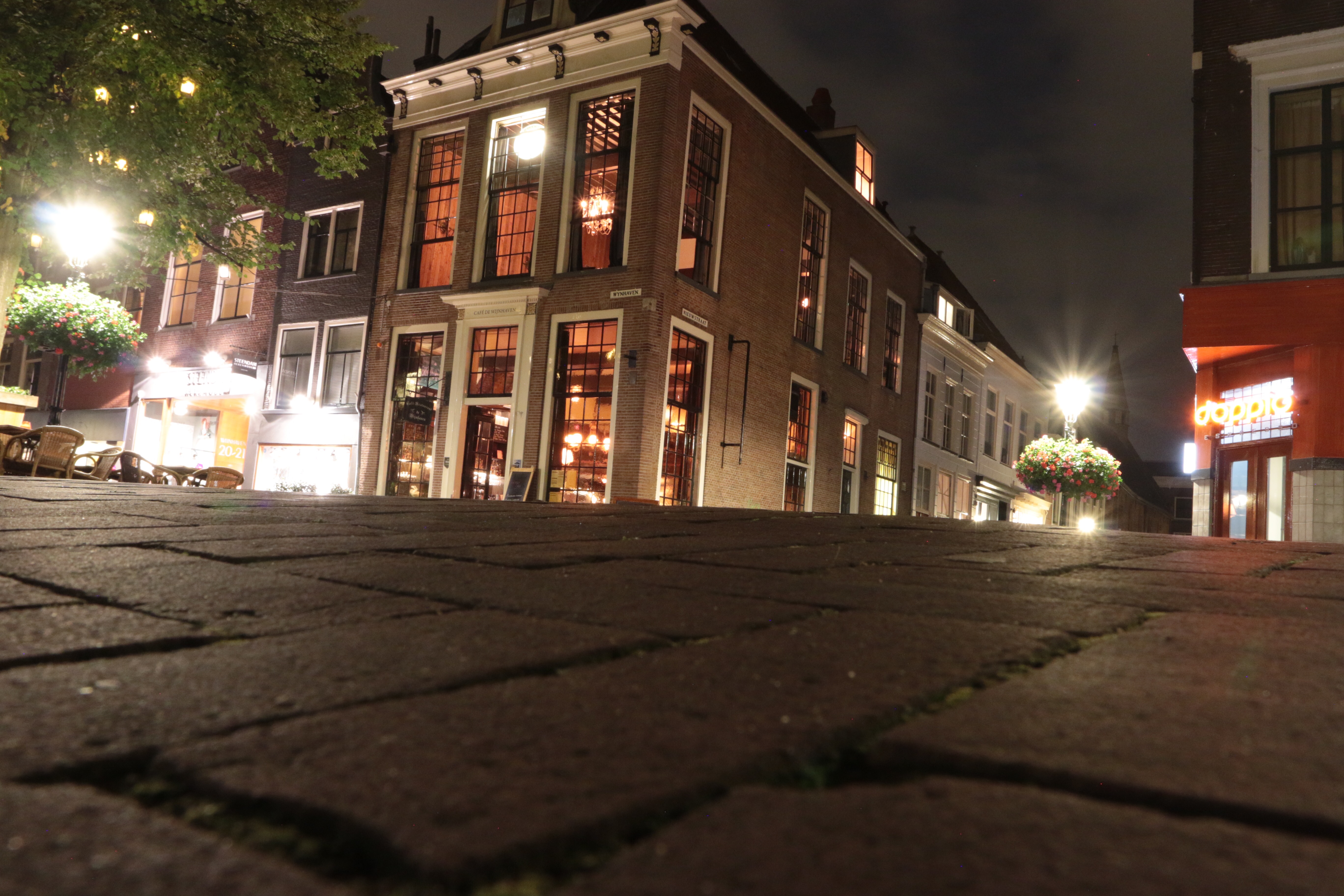 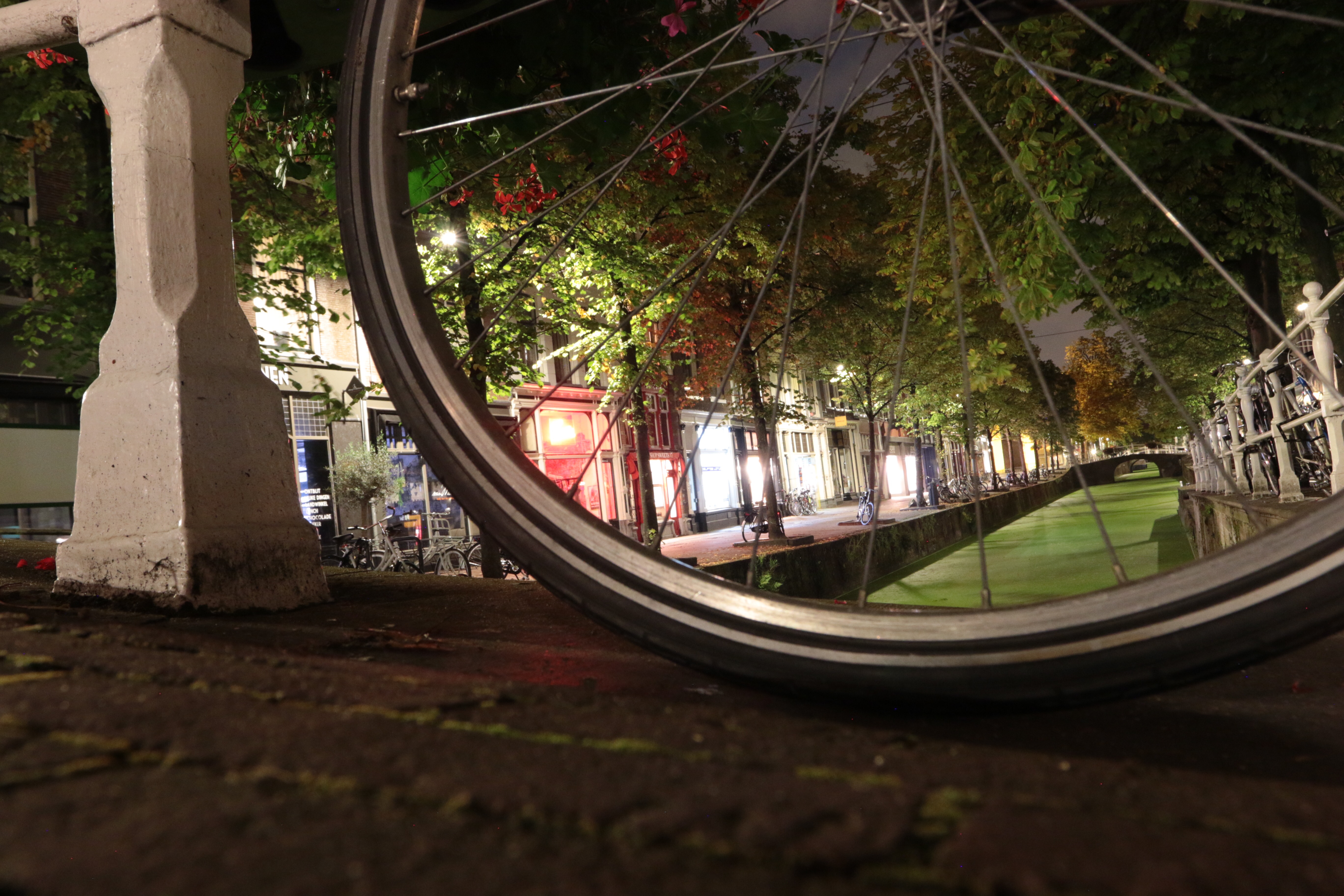 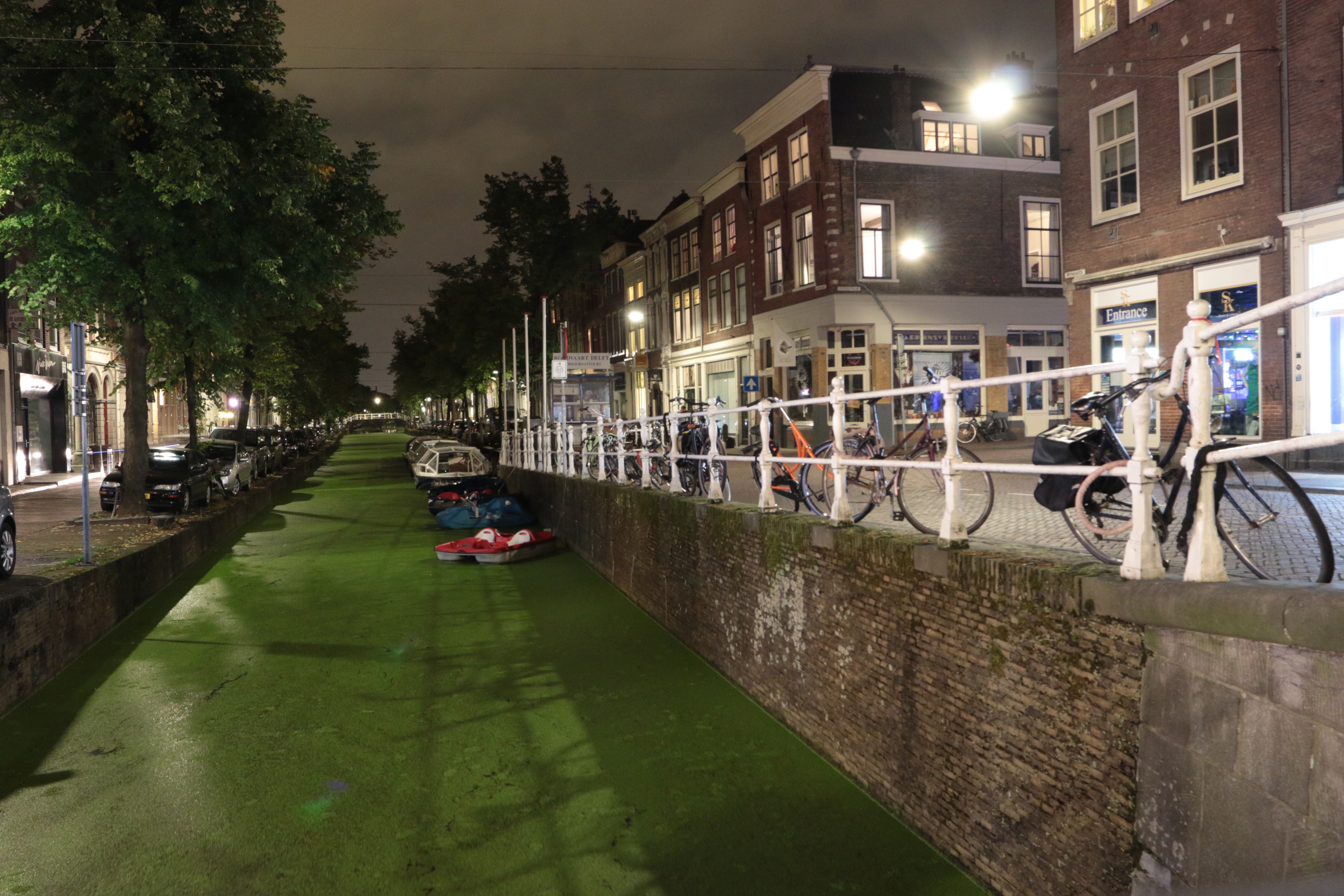